Despite the MMT fiasco, the Sikkim trip was worth the time and definitely worth the money. The overall cost actually worked out cheaper because of the package. We paid 37,000 to MMT and spent another 7,000 for food, entry fees, shopping, airport to residence taxis and other expenses like paying extra to the driver to take us to Zero Point and to the paragliding venue. If we include 3000 that we paid for paragliding, the 7 day trip cost us 47,000 in total, per person.

This final post on Sikkim traces the tourist spots covered in the MMT itinerary.

Visit the Namgyal Institute of Tibetology to trace the art, culture and religious practices of Tibet. 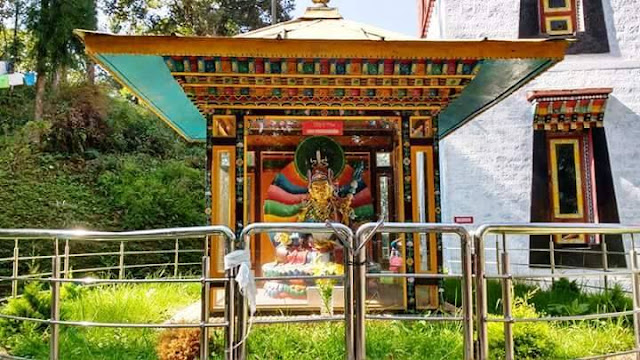 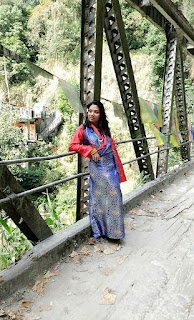 Wear the traditional Sikkimese dress. For just Rs 50/-. They are available at all the places frequented by tourists. It's a nice, colorful, wrap-around dress. They even give you matching neck-chains and a hat to go with the dress so that your picture is 'complete'.
I remember doing this is Dehradun, in 2003. I had worn the Garhwali traditional costume with a big matka (pot) in hand.

We don't have this very "touristy"  'try-the-local-dress-and-pose-for-photos' thing in any of the tourist locations in the South. I guess, a saree doesn't lend itself to such touristy gimmicks. 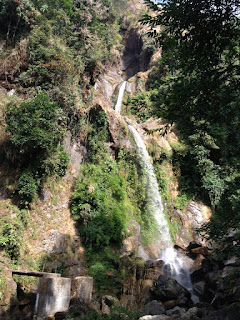 This is the Seven Sisters Waterfall. There are seven distinct points at which the waterfall drops. You can see each one as you climb up the steep hill. You have stairs and little benches kept along the climb. We girls went up half the way, saw there wasn't much water (someone remarked "there are only 2 sisters, bhaiya"), got dizzy by the sight of the upward climb in the hot sun and got engrossed in the Sikkimese dress photo session, instead.

The remarkable thing was the elderly couple from Delhi climbed right up, all the way! And they did this everywhere - whether it was the icy slopes or the hills or the 100+ steps climb! At every spot where the taxi stopped, the couple would rush right ahead, uncle clicking pics of his wife and the scenery.  We would huff and puff but not they. Naah! Age truly is just a number. We three 40ish women couldn't match the pace of the 60ish couple. 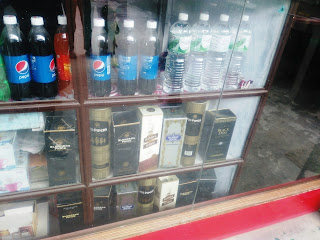 This was a common sight in Sikkim, no matter where you went. The cold demands the drink. This tiny shop at least had a glass shelf. In most places, it would be nicely stacked on just a pushcart, hawker-style, an Old Monk standing cozily next to a Blenders Pride. Even the  smallest, hole-in-the-wall shop had an enviable stack of liquor.

And I thought Goa was the only liquor paradise. 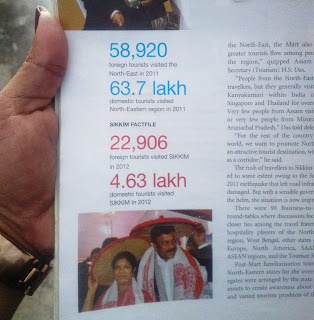 This is something I found in a magazine in one of the shops - the 2012 tourist inflow statistics. A whopping 5 lakh Indian tourists visited Sikkim as compared to a very low turnout of just 23,000 foreigners. That's a huge and rather surprising gap between the domestic and international travelers to the state. 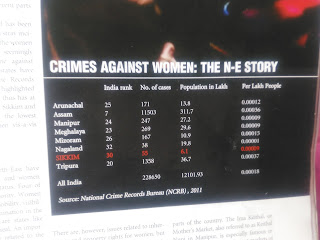 And that shawl on Chiranjeevi. I too have it. It was gifted to me by one of my Assamese students. It is called a gamcha, I think. It's worn by both men and women in most North Eastern states.


The statistics regarding the crime rate.  Sikkim is ranked the lowest at 30 in the crimes against women index with just 55 cases. Something for the other states to mull over and emulate.

The sights that will stay with you long after you have left the state. 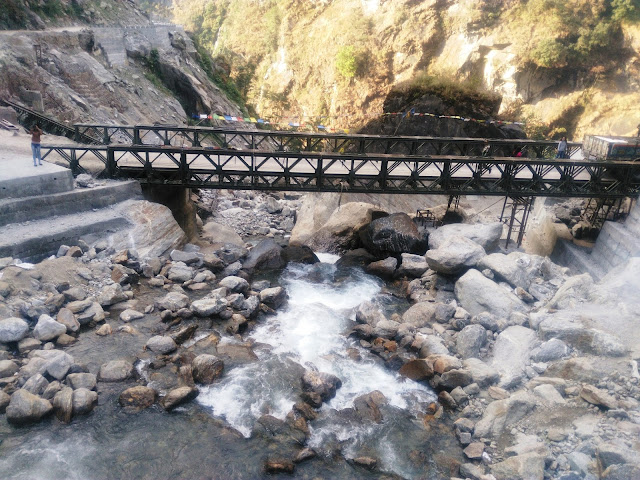 The Bhim Nala Waterfalls also called Amitabh Bachchan Falls because of its height! 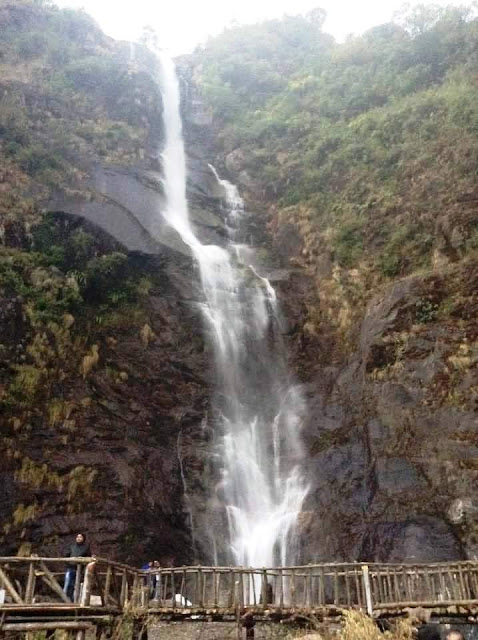 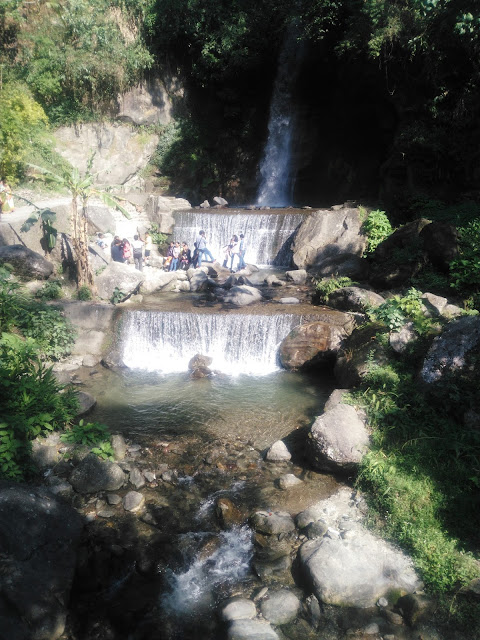 The Seven Bowls. In Buddhism, each bowl stands for a particular aspect of prayer. The offering encourages the spirit of giving & water is the purest & the easiest material thing that we can give. 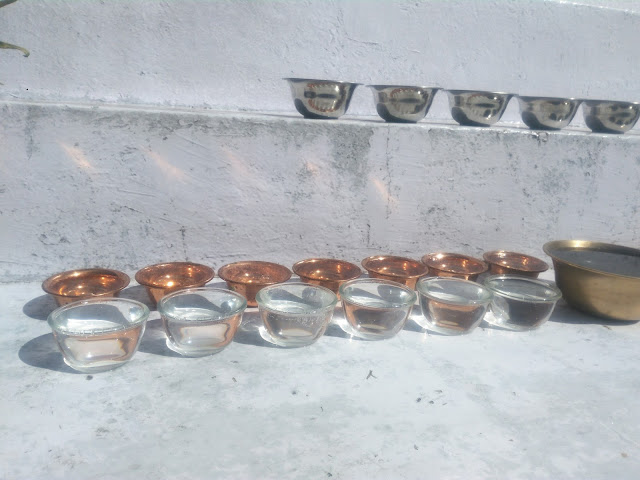 The view from the Gangtok rope way. The rope way ride costs you Rs 200 and gets over in less than an hour. If you have been on more exciting rope way rides, in other states/countries, pass this up. But if it is your first time on a ropeway, lap it up because it provides you with a stunning view of the town and the hills surrounding it. And a new, unique experience. 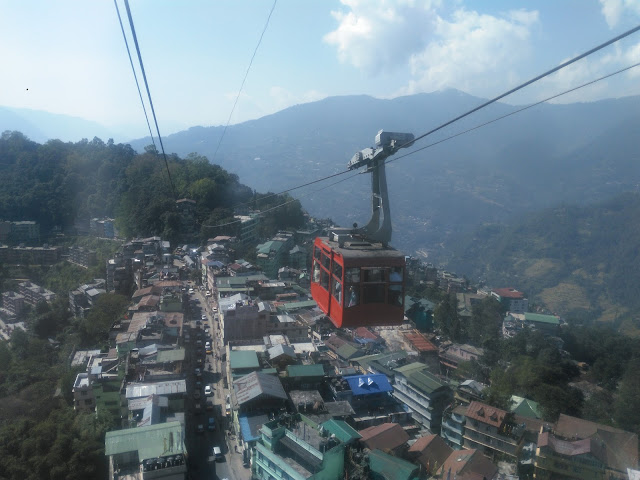 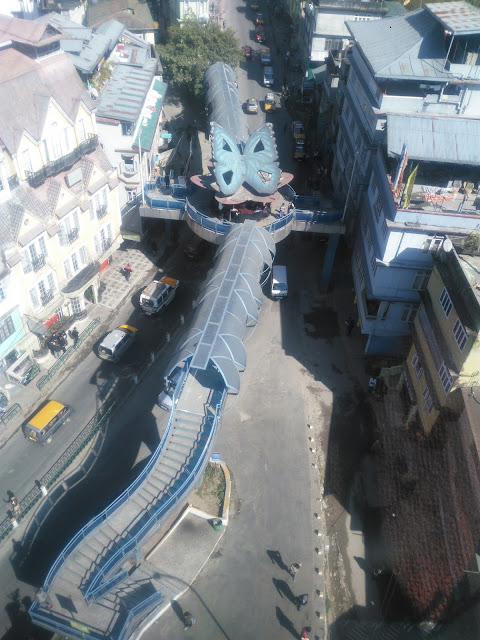 We stopped at a memorial in the woods where there was an annual feast going on. The men were busy preparing for the festivities. It was an occasion to pay homage to their ancestors.
(aside: isn't the chakli on that plate a typically South Indian snack?) 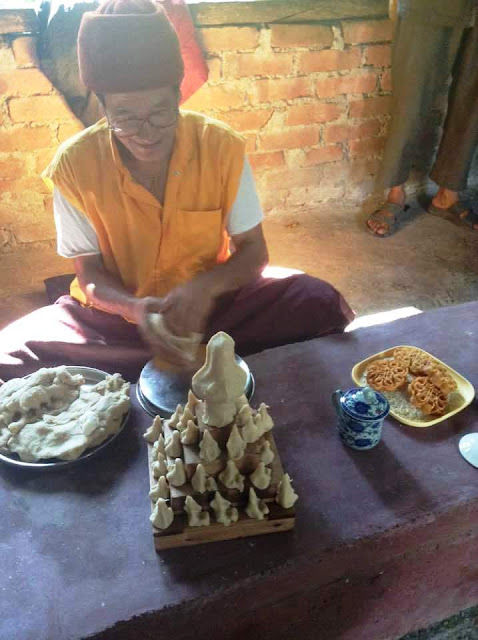 The  stream, the mountain peaks and the breeze. Beautiful combo! 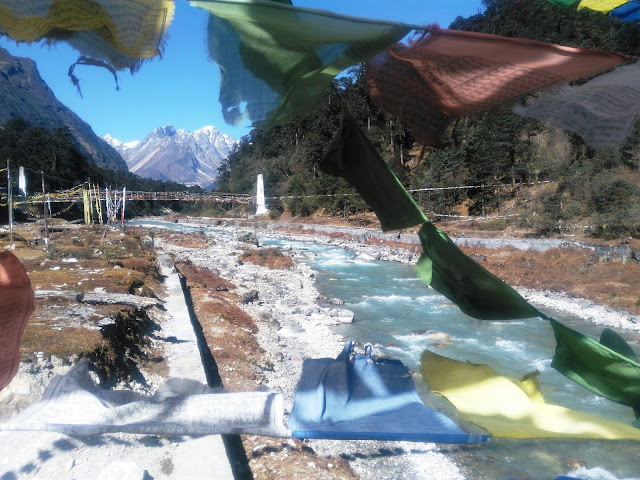 The sight of the snow - fresh and soft - is by itself worth the money spent on the trip, so says the woman who grew up in the hot and humid coastal belt of Karnataka. 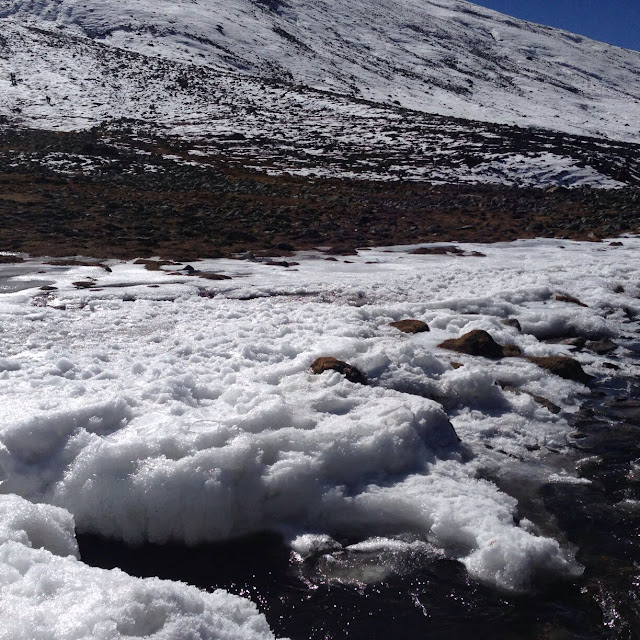 If you ever get a chance, to plan or be a part of a trip to Sikkim, don't think twice. Say yes!

Sujatha Sathya
Bangalore, Karnataka, India
I got into blogging when i asked myself "Can I do it?" The answer was "Let me try & find out" So here I am - thinking out loud, will go as far as it takes me. Come along :)